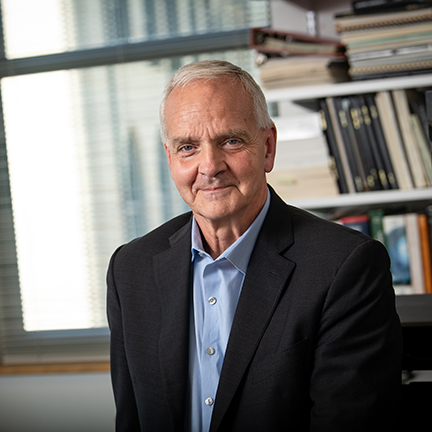 Research Interests
Computer vision and perception for autonomous systems; the interpretation of perception data (both 2D and 3D), including building models of environments

A native of France, Martial Hebert earned a doctorate in computer science at the University of Paris. He joined the Robotics Institute in 1984 — just five years after it was founded — and was named a full professor in 1999. Upon joining the CMU faculty, Hebert became part of the Autonomous Land Vehicles program, a precursor of today's research on self-driving vehicles. He performed research on interpreting 3D data from range sensors for obstacle detection, environment modeling and object recognition. For the next three decades, he led major research programs in autonomous systems, including ground and air vehicles, with contributions in the areas of perception for environment understanding and human interaction.

Hebert's research primarily centers on computer vision. He has led research on fundamental components, such as scene understanding, object recognition and applying machine learning to computer vision, as well as applications, which include systems that enable older adults and people with disabilities to live more independently. To help meet the needs of a rapidly expanding computer vision industry, he created the nation's first master's degree program in computer vision.

As director of the Robotics Institute, Hebert led an institution with more than 800 community members, including faculty, students and staff and colleagues at the National Robotics Engineering Center. During his tenure, the institute's operating budget reached an all-time high.

Hebert is a member of both the IEEE Robotics and Automation, and the IEEE Computer societies. Throughout his career, he has published hundreds of refereed papers in journals and conference proceedings, and has contributed to multiple edited volumes. He currently serves as editor-in-chief of the International Journal of Computer Vision.